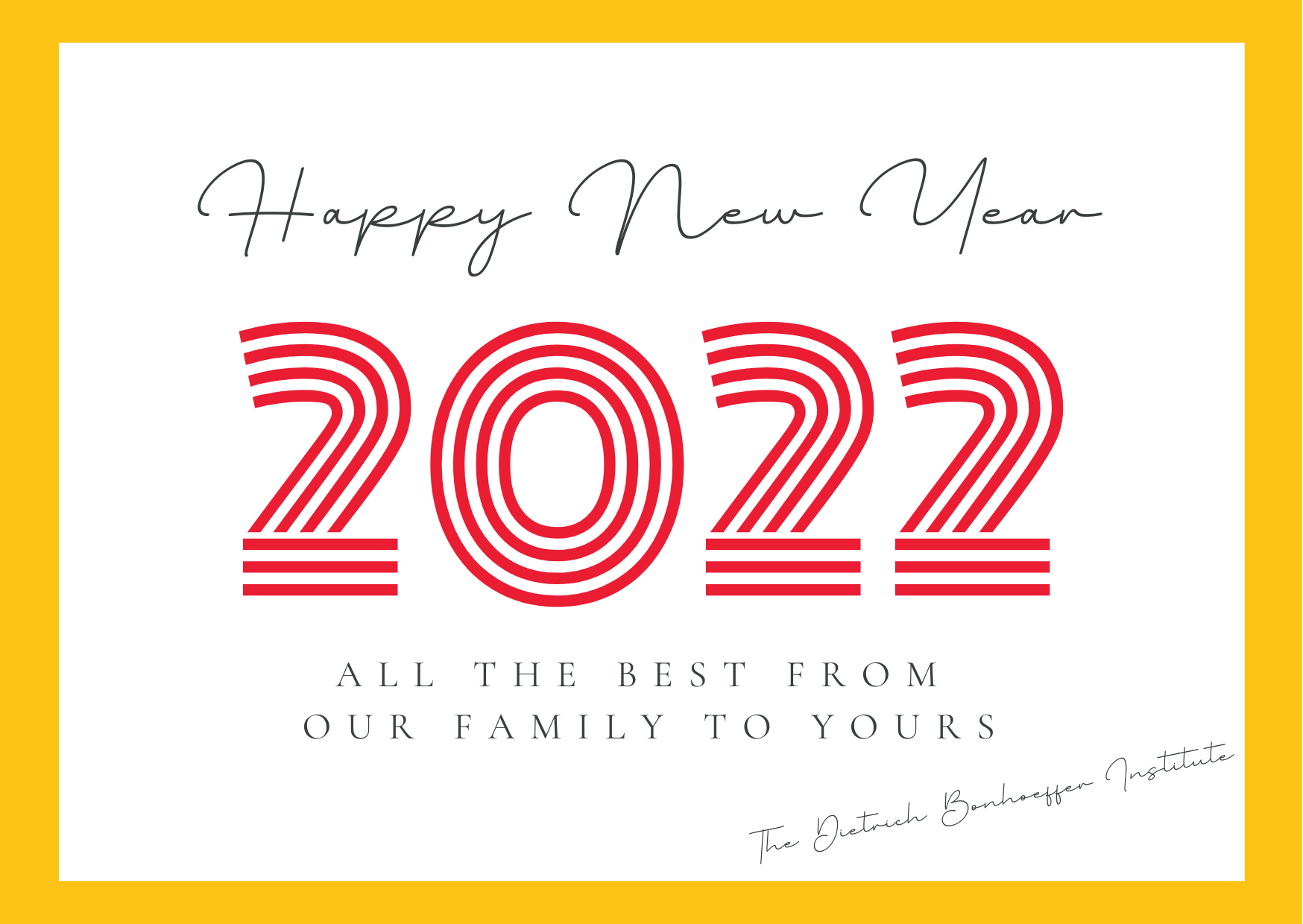 A New Year always symbolizes a new start! Despite it being a somewhat arbitrary threshold of time, the activities of the year past continue into the new one, but we are given at least a brief moment to reflect.

At the end of last year, we sent a virtual gift to you in our Senior Fellows’ cohort recorded reading of Dietrich Bonhoeffer’s After Ten Years. On New Year’s 1943, amidst the uninterrupted descent of his country into war and the unsuccessful attempts by his fellows to bring down the catastrophic Nazi regime, Bonhoeffer still saw meaning in it all. Our namesake’s reflection on the lessons of the preceding decade would become one of his most essential writings. It is a profound essay written to his closest friends and family about human suffering, disappointment, success and failure, conscience, moral courage, and even stupidity.

In the opening paragraph, Bonhoeffer observes, “Time is lost when we have not lived, experienced things, learned, worked, enjoyed, and suffered as human beings. Lost time is unfulfilled, empty time. Certainly, that is not what the past years have been.”

For us, the continuation of the pandemic may seem like lost time, with its ever-increasing tally of death and illness, social restrictions, and renewed threats to business, education, and in-person gathering. Moreover, the persistence of vaccine hesitancy, mask defiance and refusal, stubborn conspiracy theories, and the domination of a whole political party by a self-absorbed demagogue could be so demoralizing as to paralyze us. Yet, at The Dietrich Bonhoeffer Institute, 2022 offers hope as 1943 did for our namesake.

The past year brought new friends to TDBI, generous financial supporters, allies, and partner organizations. Individuals who thought they were alone in dissenting from political, cultural, and religious orthodoxies, prejudice, paranoia, and hate found others with whom they could be safe and supported. In this way, a slow disparate chorale crescendo into a mighty chorus!

This New Year, our TDBI board, team, and fellows will continue expanding our efforts to expose politicized religion, call out lies and liars, defeat racist impulses, and challenge those who claim to be Christian to look out for others as Christ did for them. Your partnership in this work is vital, never taken for granted. Your generosity, interest, encouragement, and support mean everything to us, and we are deeply grateful for it.

The time we have spent together is not time lost; to the contrary, it is treasure found!

Let us continue our work to renew the world–and be renewed by that work!

After Ten Years is searingly insightful and prescient – as relevant today as it was when it was first circulated. TDBI’s Senior Fellows and friends have come together to give you a reading of Bonhoeffer’s landmark letter.

Now available wherever you stream your podcasts!

Together, we can start the new year strong!